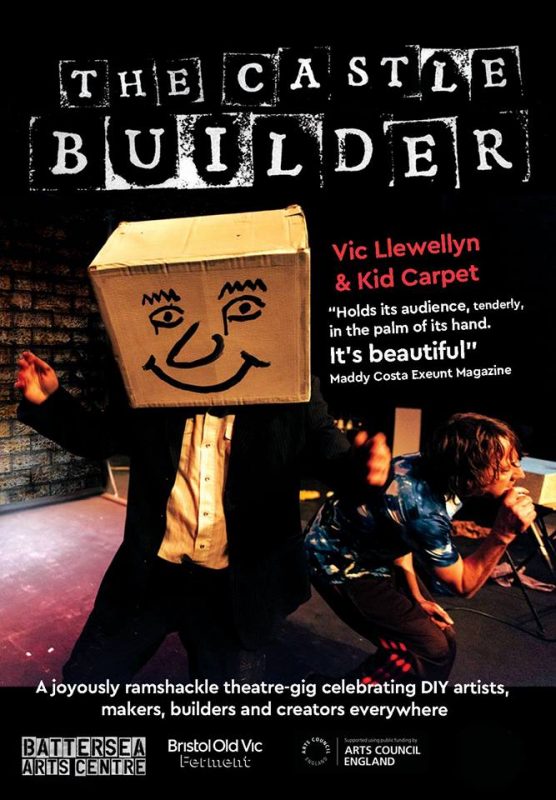 Being old punks, we’re all about supporting local events, especially anything less mainstream and different.

There’s a show coming to our hometown of Peterborough on the 10th November 2017, which impressed at last year’s Edinburgh Fringe, and a friend of ours is helping to promote it so why wouldn’t we give it a mention here?  It’s  a cross between a TED talk and a Rock show apparently.  It celebrates the DIY ethic – which is what we’re all about.

Kid Carpet and Vic Llewellyn take you on a musical, magical, moving & comic journey through the minds of some of our planet’s most eccentric and creative individuals. A smash-hit success at the 2016 Edinburgh Fringe.

The show spirals outwards from personal accounts into tales of outsider artists who’ve been inspired to build gigantic extraordinary structures, alone, in secret, and without artistic approval from the real world.

“It holds its audience, tenderly, in the palm of its hand, lifts us to the stars, then places us gently back down on earth, with a reminder that there’s always time to live better.”
– Exeunt (Maddy Costa):