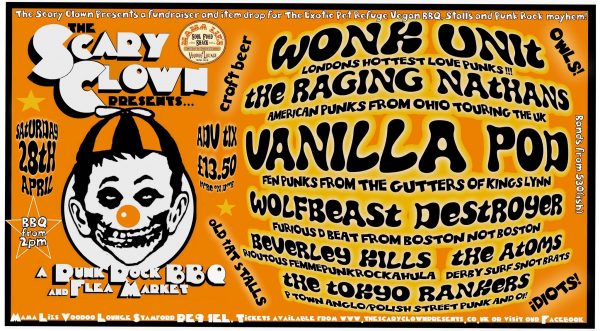 YES!  We are dead chuffed to be able to announce that our amazing friends WONK UNIT will return once again to Mama Liz’s Voodoo Lounge in Stamford, this time as part of their dual headline show with the USA band RAGING NATHANS!

It’s rare one of our gigs features a touring band from the states, so make sure you get tickets for this one, as our Wonk Unit gigs nearly always sell out, and our all dayers with vegan BBQ are legendary 🙂   We plan to have a bit of a flea market too, so if you’re someone arty or who has hand-made stuff to sell, get in touch with us!  We plan to support the local exotic pet refuge, and they may well be bringing OWLS with em!

The line-up is completed with five other great bands, some old friends a couple of bands new to Scary Clown Presents… events.

More details here – and £13.50 advance tickets are already available for one of the most fun DIY Punk gigs of 2018! 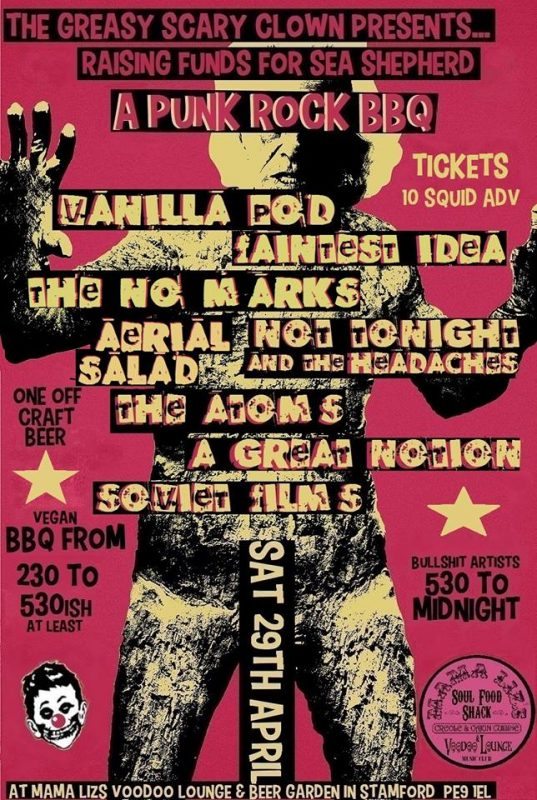