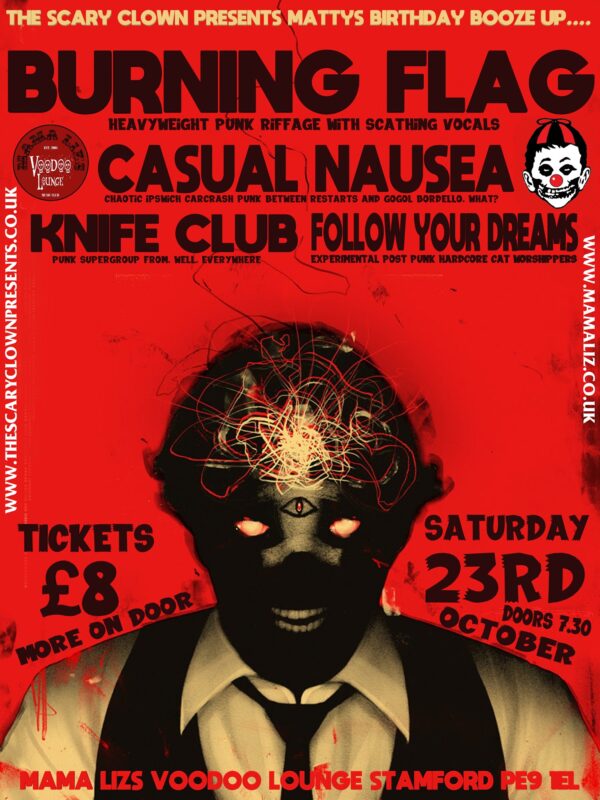 Burning Flag – brutal political hardcore/power punk.  Just get their new album and see what all the fuss is about!  listen/buy here.
Casual Nausea – stunned us with their album a few years ago, and live they are a total mad ball of energy.  Dual vocals bring you deadly serious messages mixed with a dash of fun.  Ipswich-based anarcho-punk at its best.
Knife Club – No longer a secret cult, these are a supergroup in more ways than one!   Bringing some of the most talented DIY punk people together and their initial album was a banger!  Travelling from across the UK!
Follow Your Dreams – Experimental, existential, post-punk Hardcore played with a genre-defying anger. Also fond of cats.  Coming all the way from Manchester.

TICKETS NOW £10 ON THE DOOR ONLY 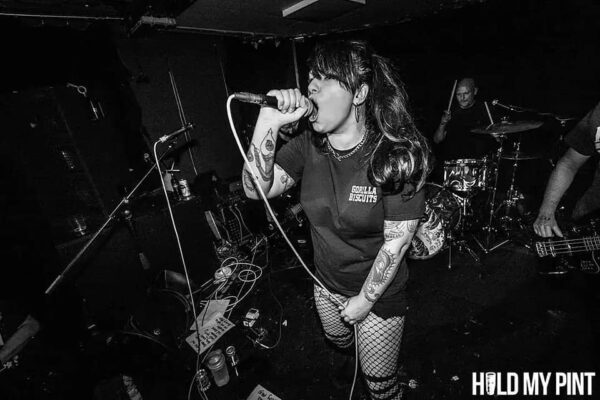 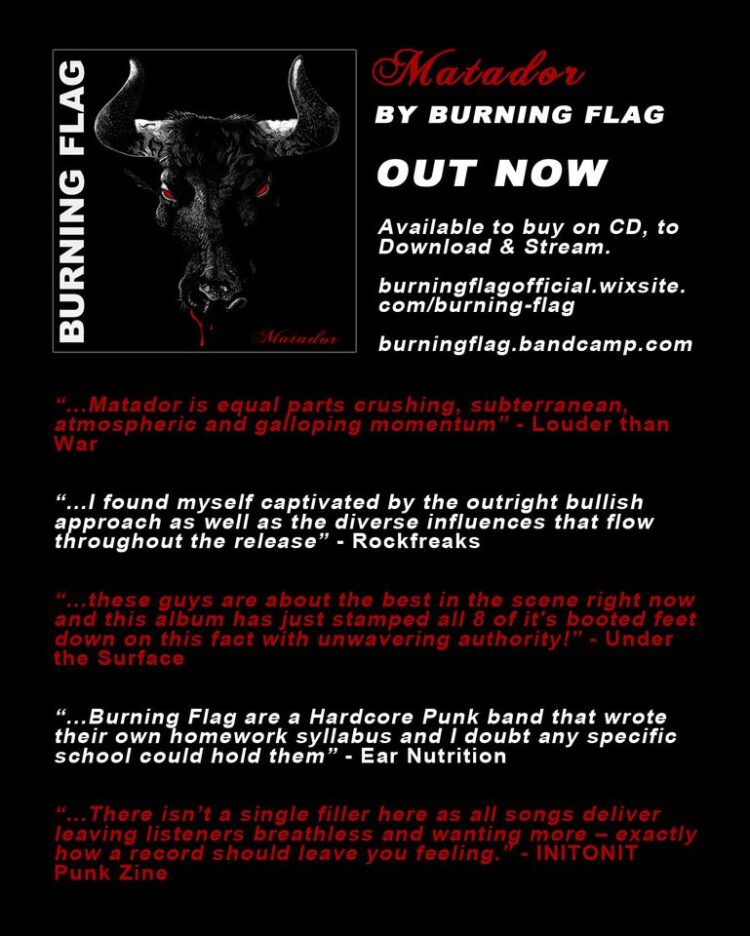