So its G mans Birthday we gotta do a total mega banger!!!  EARLY START AS SIX BANDS!

Airstream Futures from Chicago hit Stamford with red-hot support from The Human Project from Leeds, Crocodile God from Liverpool, Mean Caesar from London, and The Petrol Boys from P Town, and now also an acoustic Carol Hodge set!

Airstream Futures blew everyone away when they’ve played the Ostrich Inn, and they really wanted to come back and play another show for us, so much so they are coming back from America (OK so it’s a full tour).  They are lovely people and play with energy which cannot be ignored.

Starting the evening performing an acoustic set will be Carol Hodge from 715pm (still down in the Voodoo Lounge). Carol has played with Crass and Steve Ignorants Slice of Life as well as being a well established solo performer. So arrive early grab a drink from the bar and warm yourself to Carol’s tones before getting ready to dance with Peterborough’s own Petrol Boys at 8!

Teens under 18 with a responsible adult.

t’s going to be the release party for the Scary Clown Presents… “First Five Years” double album!!  Yep we will be bringing the actual vinyl copies to the show, and you can buy them in person saving postage on the night.  We will begin sending the copies out after this gig – so get yours first at this show!!  We are now taking pre-orders on the album – sales are going strong already, so if you want to make sure you get a copy, pre-order em now, and if you want to collect at the gig, lets us know on Facebook and we’ll refund your £3 postage on the night.  Or you can buy us a drink with it 🙂

Bung Saturday 26th Jan 2019 in your diaries!  You won’t want to miss this.  Like the FB page here to keep up to date. 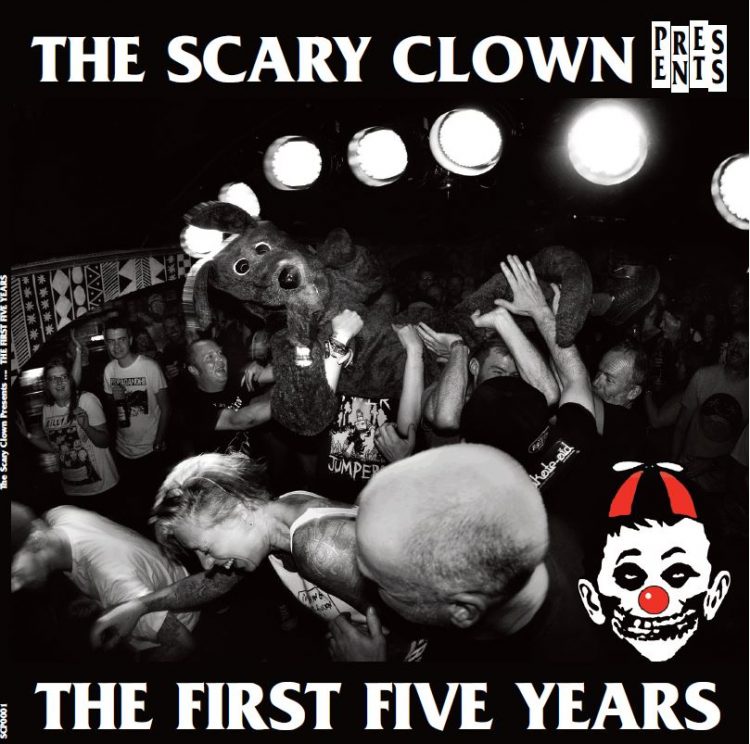 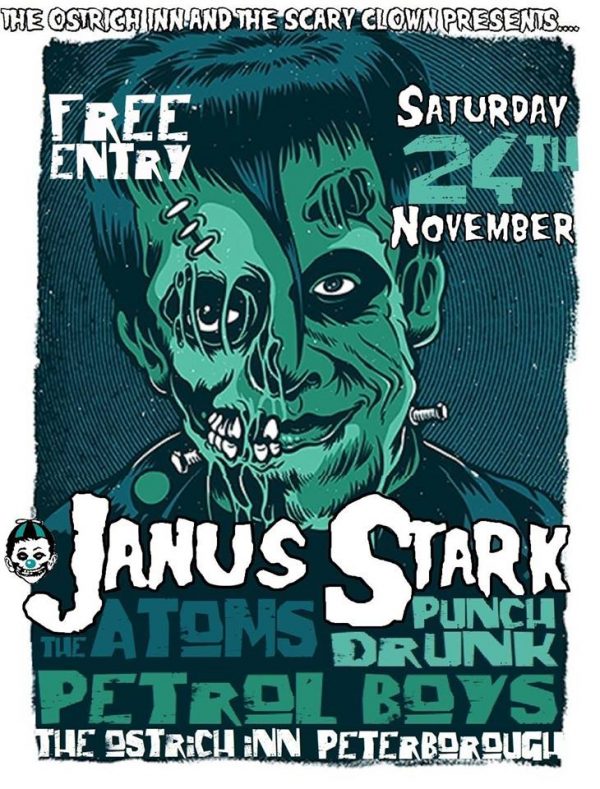 Peterborough punk legend Gizz Butt Gets the Band Back Together – Janus Stark first UK gig in many years!

Yep you’ve read right, Peterborough’s own guitar god has reformed his late 90’s punk band Janus Stark, and they will start their comeback with us at the Ostrich Inn. Come along to this free entry gig and be part of a little bit of local history.  Note the early start!  First band playing 7.30pm sharp.

JANUS STARK – back in action after a hiatus and playing their first hometown gig in umpteen years!
https://www.facebook.com/JanusStarkBand/?ref=br_rs

The Ostrich Inn is a fantastic small venue – while it’s not your idea gig venue, it makes up for its size and shape with an amazing buzzing atmosphere.  The landlord Simon is growing the pub at the heart of a bit of an artistic revolution in Peterborough – hosting artists work, art battle nights, vegan popup food, and plenty of original music gigs, including working with us to bring the DIY Punk scene to the heart of Peterborough town, putting on free entry gigs to help bring new people to the scene.