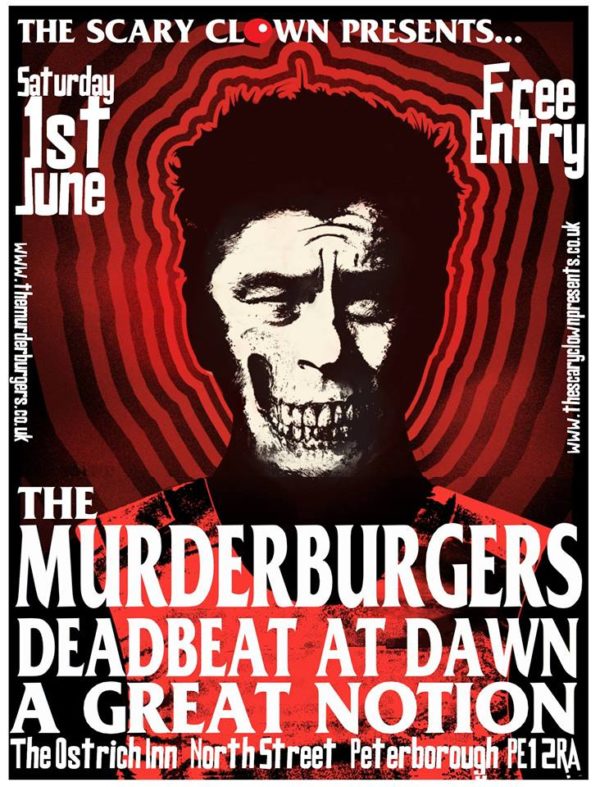 Fraser is one of those absolute legends on the DIY Punk scene, his band THE MURDERBURGERS seem to have played every country and every venue in Europe, and so they had to add Peterborough’s Ostrich Inn to their empire. Their new album ‘What A Mess’ will be out in March/April on Asian Man Records/Brassneck Records/Umlaut Records/Waterslide Records.

DEADBEAT AT DAWN – they absolutely smashed it last time they were at the Ostrich, and after a short break to train up a new guitarist, they will be back bringing their  Skapocalyptic punk rock to rock the party.

A GREAT NOTION – full of local punk leg-ends, no gig is really ever complete with the ever cheerful Jordy and his band.

FUZZY DUNLOP – a new name but a well-known face – Le Jarv & Joe bring their dirty fens ukelele punk rock back to the Ostrich.